Tall Rif‘at If you’ve read part 1 of this article, you will probably feel my frustrations or at least laughed out loud. I had tried several Internet providers and yet even when I settled on one that was adequate, my internal network was still shabby to say the least. This second part has been a long time coming so without further a do, let’s get on with how I went about upgrading my home network.

cytotec online The MiFi device that I was using as a router\3G modem is great for mobility but doesn’t have the power to give me the coverage I needed so I bought a TP-Link MR3420. This is effectively a wireless router with a USB port that supports a wide range of USB 3G modems. The one that I had been provided by 3 when I got the PAYG deal was on the compatibility list. The other good thing about this dongle is that is has a CRC9 connector for an external aerial to help boost signal strength. I didn’t have any power in the loft of my house, which is where I wanted to have the modem…the higher the better. Rather than just use a really long aerial lead, I got Mr Electrician to come around and fit some lighting, four power sockets and a couple of switches in a cupboard at the top of the stairs so that I could power cycle any kit up in the loft without climbing up there. It’s been handy, although I’ve only had to do it a couple of times since installation. We also fed a couple of RJ45 leads from the loft down to where the telephone sockets are. 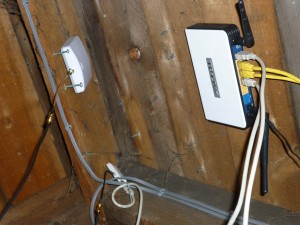 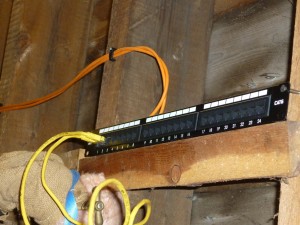 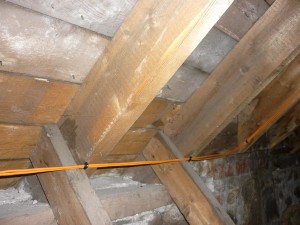 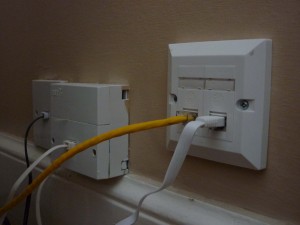